For those that don’t know, my employer LogMeIn just completed a merger with another larger firm.  This entry will be part 1 of a 2 post series.  This entry will focus on my work in re-building the Agile Community pre-merger.  The second post will explain how we’re bringing together a new community post-merger.

Ten months ago, during a trip to LogMeIn’s Budapest Office, I was asked to help (re)build the Agile Community across the product and engineering organization.  There is/was a belief among many leaders at LogMeIn that Agile could help solve challenges we were/are having as our organization scales, and if done right could provide a competitive advantage through speed and innovation over other firms of our size.  The catch was we had a big challenge: Every product and every person with the title Scrum Master had a different viewpoint on what Agile meant, and each were at different points in their maturity and mastery of Agile.  We had zero alignment in our principles, values, approach, skills, etc.  So we formed a hypothesis: If we (re)build an internal Agile Community it would help us gain that alignment and realize our improvement goals.

Before I go on, an important note:  we did not want to force the same process and approach on everyone (in fact that’s what I would describe as an Agile “Anti-Pattern”).   We did know that to be successful at driving the desired change we did need to align around some basics.  Examples: The principles and values of Agile;  The expectations of the role of Scrum Master/Agile Coach;  Our approach to growing our Scrum Masters/Agile Coaches (through tools like Coaching Frameworks to be discussed in a later post); General knowledge sharing around approaches and good practices; etc.  The plan was to build a strong community that could promote learning and clarity in each of these areas to create a powerful group of change agents at LogMeIn.  I had no idea if we could achieve this goal, but I love challenges and I was willing to try and help.

You’ll notice I keep using the term “(re)building” in this post.  At the start of my new mission I hit a stumbling block: there was aftermath from a previous attempt at building an agile community known formerly as the “Agile Guild”.  This was supposed to be the active community they were asking me to now help build and foster, but initial efforts to do this stalled in 2015 for a number of reasons.

First – LogMeIn had stopped actively engaging with an external Agile Consultancy who was supporting the group and communicating with leadership (so they lost their advocate).

Third (and probably most important) – from interviews with the previous members, the old version of the Guild wasn’t very helpful in their day to day work (lack of usefulness).

Add these factors up and you get a dysfunctional and disengaged group.  By the time I came along, the group had not met for almost 6 months.

So how was I going to solve these issues?  Here were the steps I ultimately took:

So how did we do?  For 9 months we got together and got ourselves on the same page.  We went from average attendance of 4-5 people to regularly having every Scrum Master/Agile Coach at LogMeIn present and engaged (between 11-13 per session).  Our “Fist of Five” average score went from 2.5 to 4.  Not bad for 9 months of work.

The culmination of our progress was in January 2017 when we held LogMeIn’s first ever Agile Guild Offsite where we baselined the skills of our coaches, and we jointly built passion, vision, and mission statements to help align and guide us as we tried to reshape our teams and organizations. 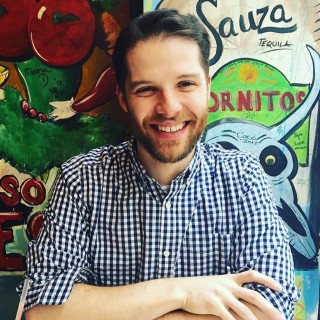 The ideas, thoughts, and views here are my own and do not necessarily represent those of my employer.
WP to LinkedIn Auto Publish Powered By : XYZScripts.com